They Play Both Sides 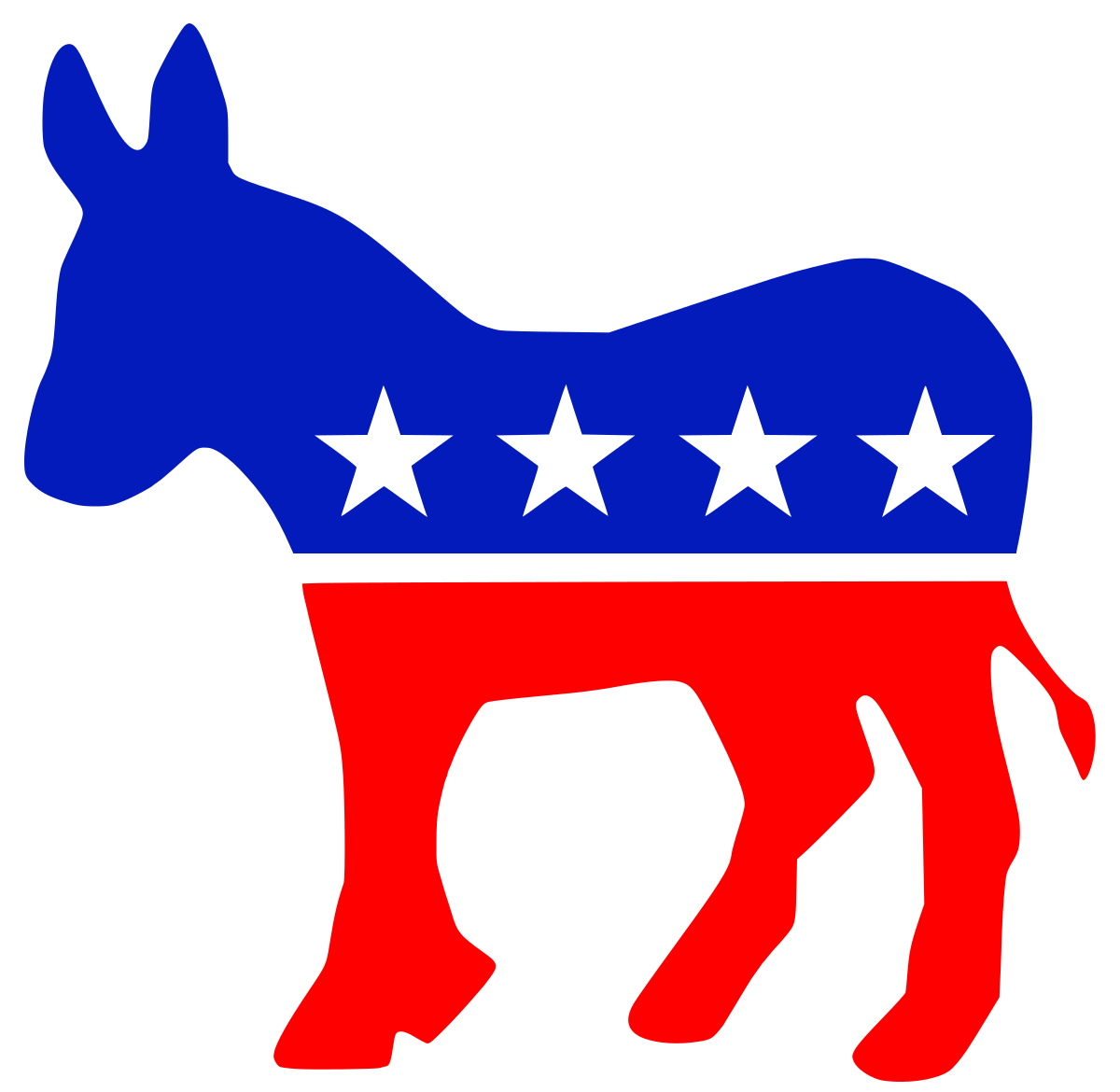 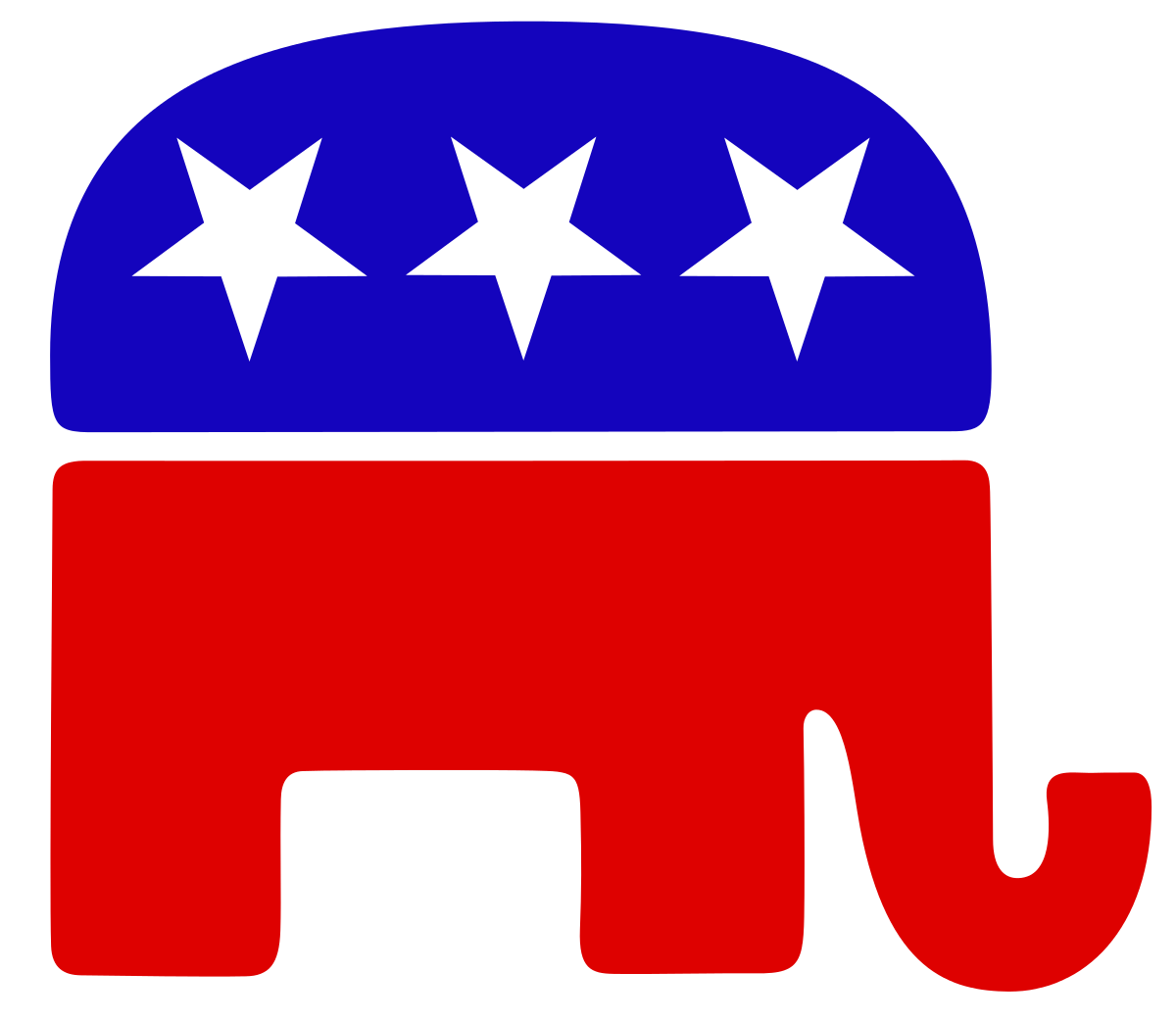 Every 4 years, two of the biggest political parties in America compete against each other for the vote of the people, they both vote in presidential candidates to run for office. Democrats and Republicans have contrasting social and political views which clash and ultimate leads to strife and division between the two groups which is pretty ironic for a country called the "UNITED" States of America. This splits 50 states into country down in two distinct categories, blue states (Democrat) and red states (Republican).

Here's a map of all the red states and blue states: 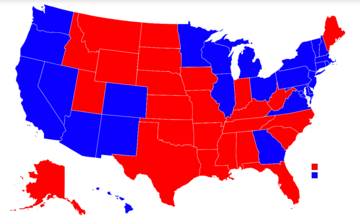 What if I told you that they play both sides and that none of this stuff really matters. You'll call me crazy right? It doesn't seem far fetched to me. Let's face it, the United States of America has always been a masonic country plain and simple, some of the most recognized founding fathers of the USA were masons, George Washington and Benjamin Franklin who just so happened to be presidents too. It's masonic theatre, the Democrat party and the Republican are both owned and operated by masons, two masonic lodges, Blue lodge and Red Lodge. It's all a play, masons love to sell you a story, the Democrat/Republican paradigm is political theatre, they want people emotionly invested in things that don't matter that why they come up with things like voter fraud and Russian collusion. They want you believing that the Democrats rigged they votes in their favor in 2020 or that the Russian hackers rigged the election in 2016 when in actuality it's all rigged, it's all staged, it doesn't matter who wins or loses. The Democrats and Republicans are working on the same team to create an elaborate show on the world stage. They want your undivided attention, they're emotional vampires, turn off the TV and stop paying attention to the clown world freak show.

Masons love orange because it's the only number that equals 33 in pythagorian gematria, 33 is the highest degree in freemasonry. Orange represents unity and serves as a unity color for the powers that be/ people in-the-know. The colors red and blue make purple and purple represents royalty, (it may have something to do the Presidential candidates being part of ancient royal bloodlines) it's another color popular amongst people in-the-know/the powers that be it's another color that unites them. The Masons, the Illumnati, Synaggogue of satan whatever you want to call them play both sides on the political spectrum, the control both the blue side and the red side, no matter who wins or loses, they control the official narrative. They're all united under the Satanic Babylonian system (NWO).

Despite losing the 2016 Presidential Election, Hillary Clinton is showing you where her true allegiance lies. (Look at the purple blazer) 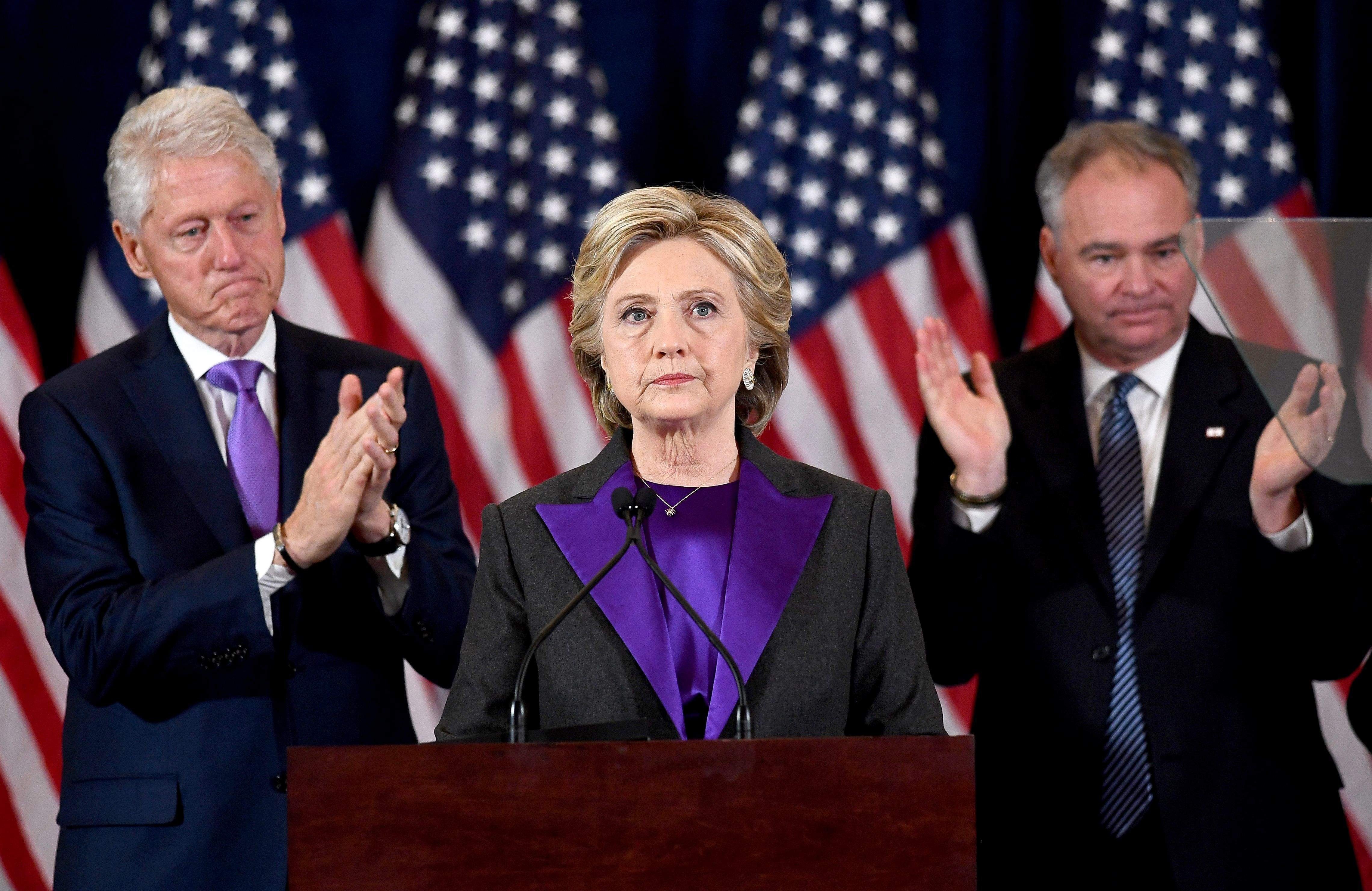 The American civil war was another red vs blue idea, The Union (red lodge) vs The Confederates (blue lodge). A bunch of dumpy masons all dressed up "fighting" against a bunch of dumpy masons all dressed up for lodge supremecy. Just wanted to point out that "civil war" is an oxymoron, there's nothing civil about war. Masons sure love their masonic theatre and they sure do love to perform renactments of that said theatre to make it seem legitmate. Just like the present day, they have enough blue masons and red masons that working together for team purple, going along with lie on the world stage. 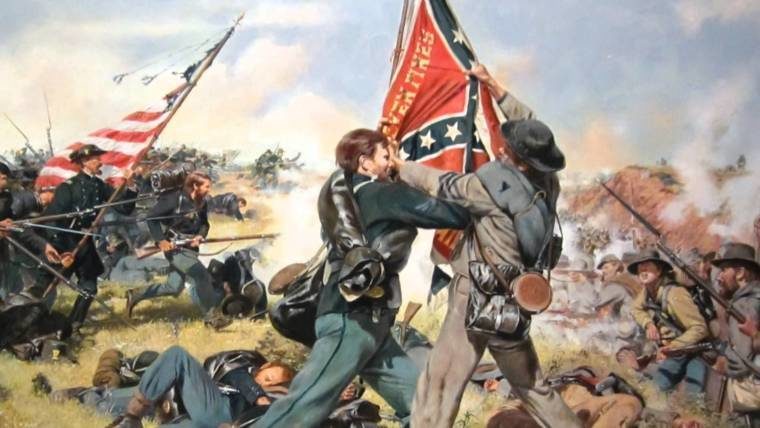 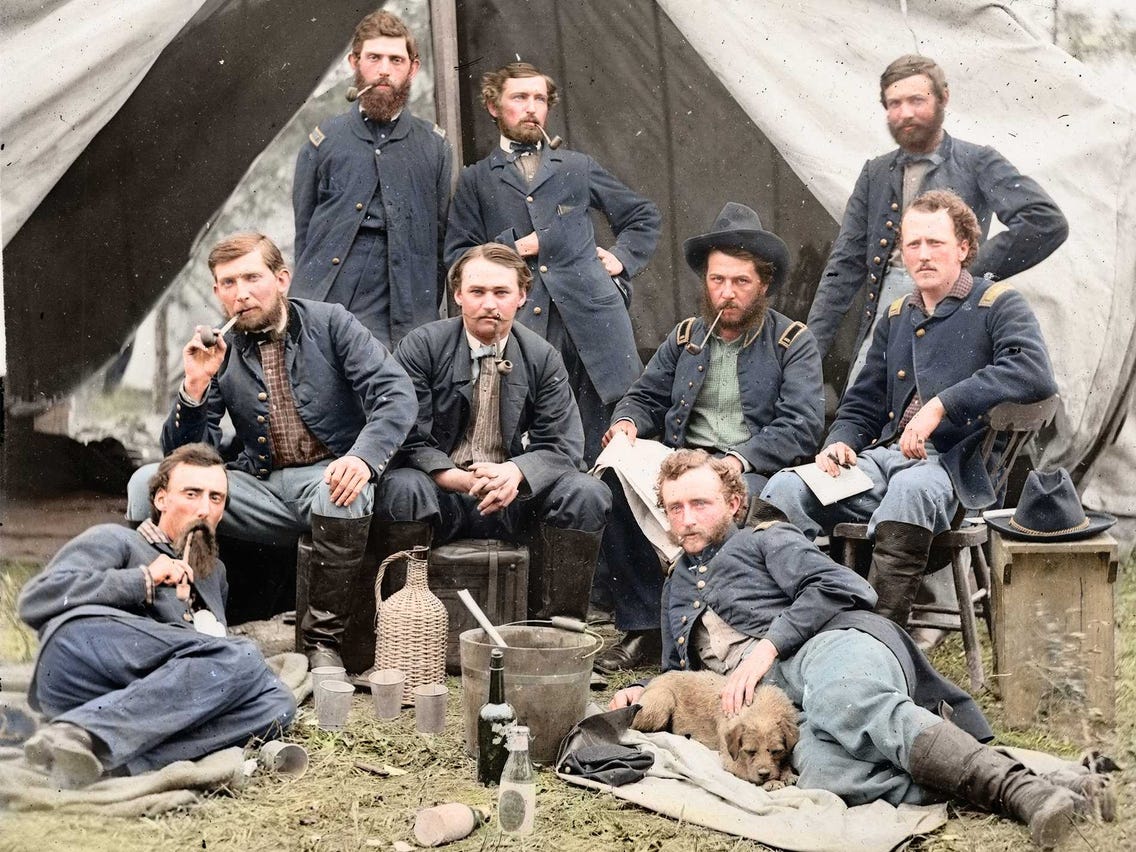 There seems to be an awful lot more violent imagery depicted in illustrations, cartoons, books, movies than in actual civil war photos. In the second photo, it looks like they're having a picnic on a camping trip rather than being at war on a battlefield.